The Australian Surrogacy Podcast Episode 71: Ric. Ric is a single man pursuing surrogacy in Western Australia to grow his family. Unfortunately, the surrogacy laws in Western Australia prohibit single men and same sex male couples from pursuing surrogacy within their own State, forcing people to move interstate or pursuing international surrogacy. The laws are discriminatory, and arguably any case against the WA government would result in the laws being declared invalid because they are inconsistent with the Commonwealth Sex Discrimination Act.

Whilst there are changes afoot, they’re taking too long, and in the meantime Ric is looking at other avenues. We also talked about the legacy left behind by his loving and very much loved wife Susannah, and the work he’s been doing to effect law reform in WA.

Unfortunately, the current laws mean that gay couples and single men in WA are often forced to go overseas to pursue surrogacy. Surely being able to pursue surrogacy within their home state is a much better option for everyone involved? If you are interested in supporting the cause for surrogacy law reform in Western Australia, you can contact the Minister for Health, Roger Cook and let him know that you think the laws are discriminatory and that law reform should happen as soon as possible.

You can read about international surrogacy options, or other state surrogacy laws.

You can also find more information in the free Surrogacy Handbook, reading articles in the Blog, by listening to more episodes of the Podcast. You can also book in for a consult with me below.

Hi! I’m Sarah Jefford. I’m a surrogacy, fertility and family lawyer. I’m also an IVF Mum, an egg donor and a traditional surrogate, and I delivered a baby for her Dads in 2018. 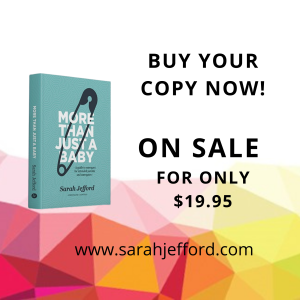 About the Author: Sarah Jefford

Sarah is a family and surrogacy lawyer in Melbourne, who helps families across Australia. Sarah is an IVF mum, an egg donor and a surrogate. Sarah advocates for positive, empowered altruistic surrogacy arrangements within Australia, and provides support and education to help intended parents make informed decisions when pursuing overseas surrogacy.