Home/surrogacy/Parenting and Chronic Illness – Parenting Beyond Exhaustion
Previous Next

Parenting and Chronic Illness- Parenting Beyond the Exhaustion.

This is a guest blog from Miranda Hill. Miranda is a parent through egg donation and surrogacy, a heart transplant recipient, writer and motivational speaker. You can find more of Miranda’s writing on her blog. You can also hear her story on the Podcast.

At the top of the driveway I kissed the pudgy forehead of my six-month-old son as he sat comfortably on his Aunty Megan’s hip. He reached his striped, jumpsuit clad arm out to me and I grabbed his little hand, pulling him into me, I squeezed my eyes closed and buried my face into the milky rolls of his neck and inhaled. ‘See you soon sunshine’ my voice choked past the lump of emotion I held in my throat.  I consciously made the decision not to say goodbye. Goodbye felt too final, a conclusion, an ending; instead I was hoping that this day would signal a new beginning.

I was hours away from receiving the ultimate gift- A heart. 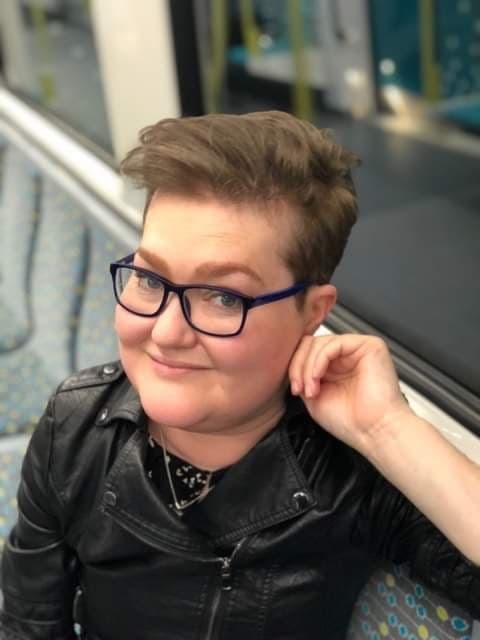 I had lived with heart disease, a condition called Cardiomyopathy since the age of twenty-one. I managed my disease well, I worked fulltime, I got married, I had a social life and a pug named Dexter. The one significant aspect of my life that heart disease was effecting was my entry into motherhood. It was simply too dangerous for my heart to carry a baby. I was eleven times more at risk of stroke than the average woman and doctors calculated that I had a 50% chance of not living through the pregnancy. I considered that risk for many years, until finally reaching the harrowing decision that it was too big. That’s how much I wanted to be a mum.

We began on the exciting and sometimes bewildering path of surrogacy in January 2013. And after just one embryo transfer in June 2014 Megan fell pregnant with Harry. My joy was undeniable, but one thing threatened to snatch it all away. In the last four months of the textbook pregnancy I began to slip into end stage heart failure. Anyone living with a chronic illness knows it’s like living in hot water, and suddenly someone turned the heat up and my water was beginning to boil. I was in trouble.

On Sunday 7th December 2014 I held a baby shower and the next day I walked into a cardiothoracic surgeon’s office where he told me I needed a heart transplant. I went home with the all the paperwork, promising to begin the workup but inwardly I was focused on one thing, the birth of my baby boy.

Harry was born on the 5th February at exactly 38 weeks. He was perfect, both he and Megan were healthy and happy. We left the hospital when he was 13 hours old.

Being put in charge of the newest human on the planet is terrifying. This baby who had existed only in my dreams and then in someone else’s body, who I had only seen in black and white pictures was here. A perfectly weighted bundle of baby lay wrapped in my arms- but my body was broken. How would I cope with around the clock parenting?

I quickly discovered a survival method.

Say yes to the cooked dinners and to the offers of babysitting. Let them come and wash your dishes, vacuum, do your laundry and change your linen. People want to feel useful it gives them a sense of connection and joy. I would go as far as having a list of things I needed help with, and when someone offered a hand, I had no qualms in assigning them a chore.

Parenting from the horizontal position has been a theme for me over the years. I’m a Spoonie so on those days of limited spoons I set out snacks and drinks on the coffee table for my small, put on a Disney movie and close my eyes on the couch for as long as possible. With the doors locked, the bathroom door closed, and one ear tuned in, it is a way to conserve energy without too much worry. It’s one of my favourite parenting shortcuts- the other is UberEats.

You’ve been up since 5am with an unsettled child, you’ve rushed around all morning, keeping an appointment, picking up meds at the chemist, doing a quick Coles run. Your afternoon has been spent soothing your infant. It’s 3pm, you still haven’t showered, and you’re expected to show up to dinner with friends. Cancel the plans- unless you really need to get out, in that case choose the champagne! The truth is you don’t need a reason to cancel any plans. You’re raising a new human, that’s busy enough some days.

Is the baby fed? Is the baby comfortable? Is the baby clean? At the end of the day these three things are all that matters. Don’t set your own expectations so high that you struggle to reach and maintain them. And while I’m at it, stop saying YES to everyone and everything too.

This is self-explanatory- take the naps new parent, take all the naps.

As my baby shower gift my mother gave me a housecleaner once a week for a year. This thoughtful gift changed my life. It’s a great idea to give people as a baby shower gift. And who doesn’t want a cleaner? Also, an ideal gift for your surrogate during her 3rd and 4th trimesters.

Taking your baby to health appointments for yourself is something you will have to do, there will be little space to avoid it. What worked for me was booking these in the mornings, I would then be able to come home and have a rest before dinner prep and the night routine began. These days I book appointments when he is tucked away safely at preschool, no more lugging him around.

I never saw myself as an attachment parent, but experience has taught me differently. As a baby Harry slept in a small bassinet beside my bed. I could reach him without moving from my bed. It also put my mind at rest hearing him breathing gently throughout the night. Once he outgrew the bassinet, I brought him straight into my own bed and he still sleeps there now. What this means is a better night sleep for us both and a more rested body of mine in the morning*.  Five years on and he’s still there. I wouldn’t invest in a cot again but I would buy a king size bed.

This took me a while to learn and it isn’t easy, especially when you don’t start from the beginning. I’m going to be completely honest- I look forward to bedtime EVERY NIGHT. I have been known to pretend it’s half an hour later than it is- and I don’t think it’s only the chronically ill parents who do that! The time between his bedtime and mine is like when your parents let you go to the movies with only your friends. It is freedom, it is driving the car alone for the first time ever. It is watching MAFS in my undies while drinking gin on a weeknight on my couch.

It’s easy to forget about your own needs when that much loved and longed for baby enters your world, but the key to be the best parent you can, is by looking after yourself first. Take your meds, eat right, lean on the people around you, stay in contact with your doctors and your GP. If you notice anything amiss, flag it straight away. You’re going to have to let go of the idealised vision of not spending a night away from your little love. Chronic illness means hospitalisations, you are not failing your baby by looking after yourself. I read an article about two blind parents navigating parenthood together. They had a child with normal vision. One morning they were getting ready and the mother couldn’t find the toddlers shoes. The toddler, having learned how his parents operate reached for his mum’s hand and placed it upon the shoe, effectively showing her in her own language where it was. This makes me think of when Harry reminds me to take my antirejection meds, he knows how I operate and to him it is normal, it is all he knows.

The reasons your body needed surrogacy are the very reasons that make parenting through the exhaustion a challenge.  There is always a way through. You have the fire inside you to achieve your dreams. You’re already doing it.

* Co-sleeping is safe when guidelines are followed.

Hi! I’m Sarah Jefford. I’m a surrogacy, fertility and family lawyer. I’m also an IVF Mum, an egg donor and a traditional surrogate, and I delivered a baby for her Dads in 2018.

About the Author: Miranda Hill

Miranda is a parent through egg donation and surrogacy, a heart transplant recipient, writer and motivational speaker.

This Is A Custom Widget

This Sliding Bar can be switched on or off in theme options, and can take any widget you throw at it or even fill it with your custom HTML Code. Its perfect for grabbing the attention of your viewers. Choose between 1, 2, 3 or 4 columns, set the background color, widget divider color, activate transparency, a top border or fully disable it on desktop and mobile.

This Is A Custom Widget

This Sliding Bar can be switched on or off in theme options, and can take any widget you throw at it or even fill it with your custom HTML Code. Its perfect for grabbing the attention of your viewers. Choose between 1, 2, 3 or 4 columns, set the background color, widget divider color, activate transparency, a top border or fully disable it on desktop and mobile.